How to build Self confidence with Executive Coaching

The Most Popular Topic in Coaching

The start of any executive coaching conversation starts with a question. This is followed by more questions. It becomes an exploration. It is about getting to the heart of what somebody desires in their life, their work, their career, business and their relationships with others. I often say to people ‘A coach will ask you questions you don’t often ask yourself.’

It often takes you down avenues you never thought possible. That is the beauty of this type of conversation. So many things can be uncovered and explored in the safety of sacred, safe conversations. Anything is possible when you commit to growing in a coaching conversation.

Where the journey starts

People often decided they want to work with coach because they want to learn how to build self confidence.  They look to get someone outside, impartial, who has some skills that can help them get clear on some area of their life. The list varies from a career change, going for a job interview, starting a business, being better at public speaking, a better sales person, a better manager and even a better parent.

The coaching conversations often becomes a blend of career coaching, confidence coaching, life coaching and public speaking. There is no subject where it doesn’t show up for discussion. The reason is simple; you are not just your job, your career or your business. Your life and who you are shows up when you choose to work with a professional. They are just expressions of you. So the questions asked can often be about how you operate in life and it can end up as a conversation about your life.

Why does self confidence as a topic show up so much?

As a person who loves noticing patterns and how they shape people’s lives, jobs and self-concept, I started of course to notice a pattern.  The single theme that seems to come up over and over is this idea of building self confidence to take a risk and do something different, particularly self confidence in the work place. People will say things like “I’d like to have more confidence in myself to do or be X.” Indeed, when you read this question, I am sure you have an area where you’d like a way of building confidence. So let’s look at what that means.

The interesting thing is, people start with a challenge or a desire to change. Once the coaching conversation begins, they begin to get insights into themselves and get to the place of realising that the challenge was a symptom of something else they were seeking, deeper inside themselves. This can be expressed in many ways; such as feeling more at ease or having the guts to do something they’ve always wanted to do.

Everybody thrives on confidence

“So why can’t I just have confidence?” you might ask.  You can have it, you just have to know how to “do” self confidence. It is like a mental strategy. Confidence has structure and it has reference points to what you have done before. They can be positive or negative. One black-and-white way to look at it is this; you will never try something again because you think you failed the first time. Or, you will give it a shot and see how it goes, because you learned from it and can improve, if you try it again.

There is truth in the ‘fake it until you make it’ idea. The risk-takers and people who look at the options will always give it one more shot. These are the people are more likely to build and expand their confidence. It them becomes the place they function from. And from there, they develop the skill of knowing how to build confidence.

Where does a lack of self confidence come from?

Self-Confidence is a multi-layered state, is how I can best describe it. It’s a combination of knowing enough and believing enough that you can do or be something. So why does a ‘perceived’ lack of confidence show up in coaching so often and how can you build confidence in yourself? Here are a few things to help you explore your own confidence in areas of your life and why we often find it hard to do confidence. Here are the key things I have noticed.

Using the past as a reference

This is where we did something once. It didn’t go well. We decided we would never do it again. If this is true for you, think of times where you did something similar and felt well-able to do it. An example I have is, a client I was coaching around his leadership skills, which he needed to demonstrate in a second-round group interview. He had completely missed the fact that he had been team captain on the sports pitch for years. He didn’t make the connection until we had the conversation. Once we captured all he did well there, we translated it across to the group interview, which secured him the job. He was looking in the wrong places and not mapping across his skills to lead a team of men to sporting victories of which there were many.

Using other people’s points of view

This is a big one. What will other people think? Many times we don’t take the risk because we are pleasing some invisible “authority figure” from the past, present or further. This I describe as the judgement of ourselves through the imagined negative judgements of others. I hear this often said to me in a coaching session “you probably think it’s crazy, but…” I don’t, in fact, because I am too busy listening and hearing what you are saying.

What if you dared greatly and tried something new? At least you gave it a shot. What if you did what other people wouldn’t dare to do? It builds a stock of experiences to create your own reference points of view. An example I give to people when preparing presentations for public speaking is to practice reading aloud to get used to the sound of your own voice. If you have children, even better! You have no excuse then, to at least create your own internal point of view to build that confidence you need in this situation.

Using the fear of failure or losing face

Failure is an interesting concept preceded by the question and conclusion, ‘but what if I fail? I don’t want to fail.’ So question to that is. ‘What if you never try at all? What if you are missing out on a great experience or a new way of being because you were afraid of failure?’ Failure can mean that you didn’t have the skills or resources you needed at them time to make things work. Losing face is rooted in an expectation and functions from a place of perfection. It is about seeking to meet the unrealistic expectations you want others to have of you. A great example is the perfect social media profile; nobody sees the faux pas, the mistakes and the bad days we all have every now and again.

How much more human we would be without these judgements? So the question now is, ‘do you have the self confidence to try something and learn that there must be a better way to do it?’ Just like Thomas Edison’s answer to the 10,000 light bulbs experiments. Instead of seeing it as a failure, he learned 9,999 ways ‘not to make a light bulb’. This is a great example of a reframed point of view. If you can reframe failure, your confidence will certainly grow. Do it often and you will be building that confidence-muscle.

Using an outdated perception of yourself

I often ask clients where they got their idea of themselves as not able to do something and who they bought it from. Within reason or course. If you don’t have the right vocal chords to be an opera singer, no amount of confidence is going to change that! We spend our formative years and early working years being given lots of points of view of ourselves. We start to believe them as fixed and immutable.

Everybody can change and does change over the years. So next time you decide that you can’t do something, think about how old that idea of yourself is. Did you get it from a school teacher, a parent, a school friend? People carry fixed ideas of about you and what were like in the past. Are you buying them as being locked into a one-time event or a time in your life when you didn’t have the experiences you have now?

Update Who you Think you Are

Having the self confidence to update who you are and let people see that you have indeed grown and changed is one way to keep recreating a new version of you every day. We all need an upgrade. Ask any software company! This is another way to give yourself more confidence. You have infinite possibilities to change and become more than you are today and next week. You have to keep asking better questions.

Confidence is built over time, but you can tap into it by asking yourself quality questions.

So here are four to consider next time you have that nagging doubt that you don’t have the self confidence to take a risk.

Read our Blog Article on Executive Coaching and how it works

Why not schedule a call with Shiera, an executive coach and

learn how you can have more self confidence.

Learn more about Shiera by visiting her LinkedIn Profile

Get in Touch to arrange your own private Self Confidence Course

Find Out What Top Sales People Do 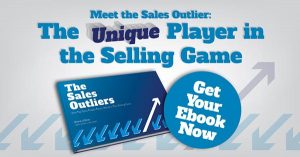 Get a free copy of  “The Sales Outliers” e-book, when you sign up to Coaching for Change insights!